Home › Uncategorized › abuse › Do you live the lies you were told?

Do you live the lies you were told? 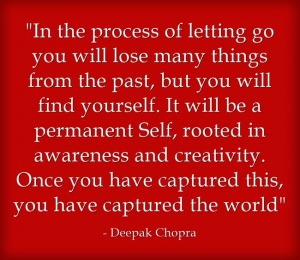 “My husband has been dead for almost a year. I remember his funeral as though it was yesterday although nothing has ever felt as shocking. Since then I have learnt that I am able to attend to my own banking and finances. I have transferred his car into my own name – on my own. For some reason I am perversely pleased by being a woman who owns both a car and a twin-cab. It makes me feel like a woman of means although I have since discovered that this is far from the truth and “the budget’ is one of my many challenges. I have submitted a tax return with the assistance of the SARS staff who apparently are obliged to assist all pensioners. I will vouch for them that they did in fact do that. I found the SA Revenue services with a GPS. My borehole has run dry and despite a payment of a significant sum of money it has remained dry. However I have now decided to replant a less thirsty garden. Our dogs keep me safe at night and when there was a terrible car accident outside our gate I decided not to go out.

Last week-end I went out unaccompanied for the first time in over forty years. Of course I have been to church alone since his death but never out on a Saturday night. My friends picked me up and brought me home and did not to leave the premises until my bedroom light went on. It was very kind of them. I was out until after 1 in the morning and the dogs and I slept until 9.30. When I woke up I thought my watch was broken.

I have found out that people like me. They wanted to sit at a table with me and people talked to me and laughed with me all night. I don’t remember that happening to me before. I used to feel uneducated and stupid and I always wanted to go home early because I felt boring. Sue laughs with me often but my husband never liked my sense of humour. He never laughed. One of the reasons I like counselling is that I get to laugh often and she laughs often. The irony for me is I laugh more in therapy than anywhere else.

My friend’s son was at the party. He is such a good-looking young man but he ordered his first double before he even sat down. His lovely wife (the second one) confessed that she is going to leave him soon. She asked me what I thought. I remember that Sue says that advice is not usually the right thing to do but I couldn’t resist telling her to follow her dreams while she still can. He was too drunk and not so beautiful by the end of the evening.

I listened so carefully this time. I went out because Erik wasn’t watching me and waiting to see if I was going to say the wrong thing. I could never concentrate in the past. There was a beautiful young woman there who wants to work on a stud farm and she says she doesn’t want to marry or have children. I told her that by the time my children were finally ok I was finished. I remember feeling the loss of all innocence. I was old inside by then. I wish the muck of my life had been from horses.

It was such a lonely marriage for me. I was so sick of him and eventually after he retired I refused to cook anymore. It was the ultimate rebellion and it made no difference. He cooked for himself to show me he never needed me. I look at all the things I have collected over the years. I bought gold bracelets from money I made selling Tupperware and for some reason I really wanted them. Now I sell them because they feel like stupid trinkets and I have no idea why I wanted them. I think I just wanted him to value me enough to buy me something gold and he never would – so I did.

Author, foodie, political junkie and currrently writing a series for children, giving bible stories a much needed makeover, free from religious dogma. Author of Hot Cuisine, a book written on men and food and co-wrote When Loving Him Hurts and The Affair.

2 comments on “Do you live the lies you were told?”